We're going through a unique upheaval and wherever we end up on the other side, it won't be where we started. How we work, where we work, and what skills we need will change.

Fortune Analytics took an exclusive look at Salesforce's proprietary data to understand how the pandemic affected employees during and after the crisis.

The Salesforce Research Consumer and Workforce Research Series has been publishing bi-weekly surveys in public since the beginning of May. The company's Customer & Market Insights group regularly conducts surveys among decision makers (Director level or higher). Fortune Analytics was given special access to both data sets.

We found the following:

A couple of deeper takeaways

1. Americans worry about everything.

We are experiencing a deadly pandemic that has killed more than 150,000 people in America. That’s no surprise 82% of adults in the United States say they are concerned about their physical health. But it also puts a strain on mental health 68%. For those who are very concerned, the percentages are incredibly close: 22% say this is the case with their physical health, and 21% Say the same thing about your sanity.

The unemployment rate (11.1%) remains above two-digit numbers and 59% of US adults are concerned about their job security. America's economic power has shifted quickly from employees to employers: it was easier to find a job and not have to put up with a bad employer when the pre-COVID-19 economy was strong. Expect employers to demand more production and maybe even cut away advantages – like 401 (k) matches. 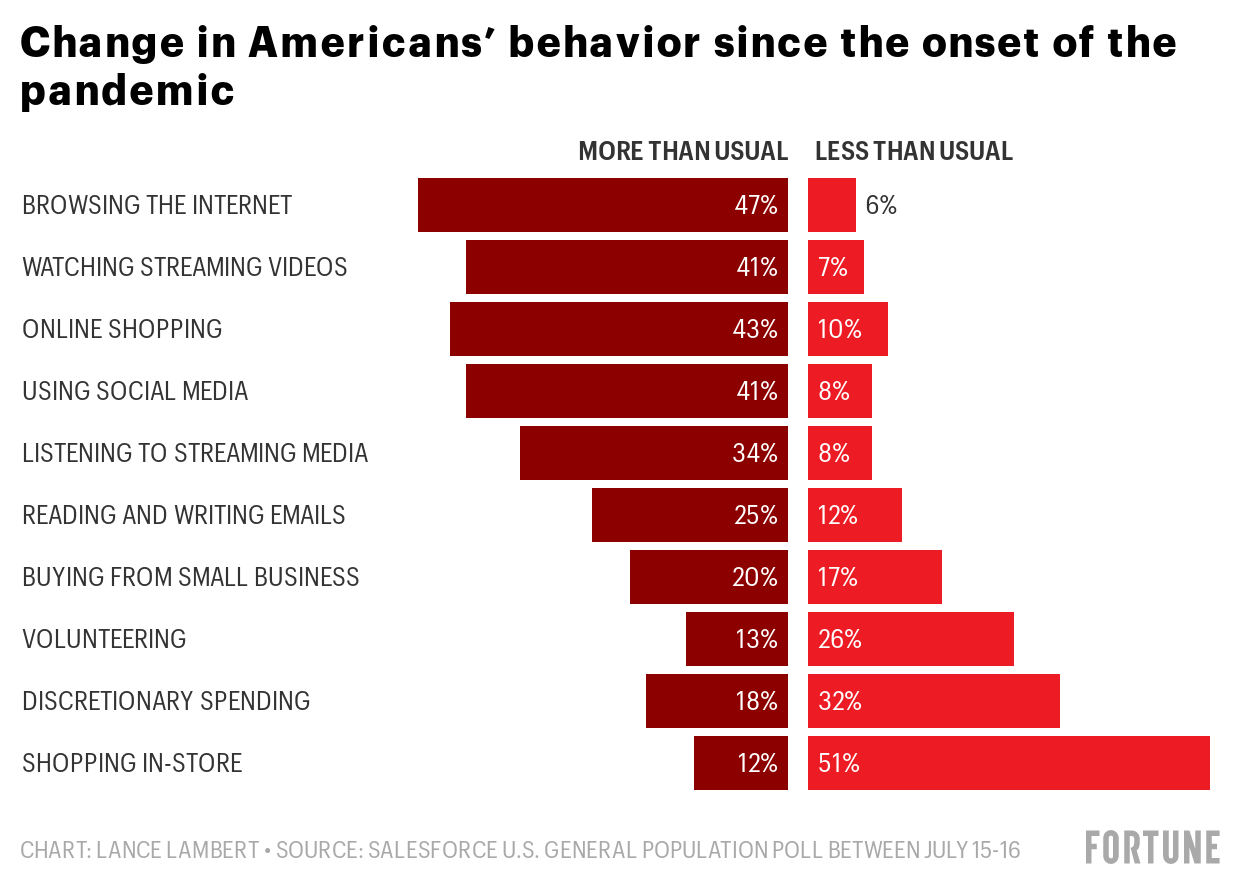 2. Your business needs to go all-in on the internet.

Fortune Analytics has been telling readers for months that the pandemic is taking the leap into the digital years into the future. Make sure your work and business follow suit. 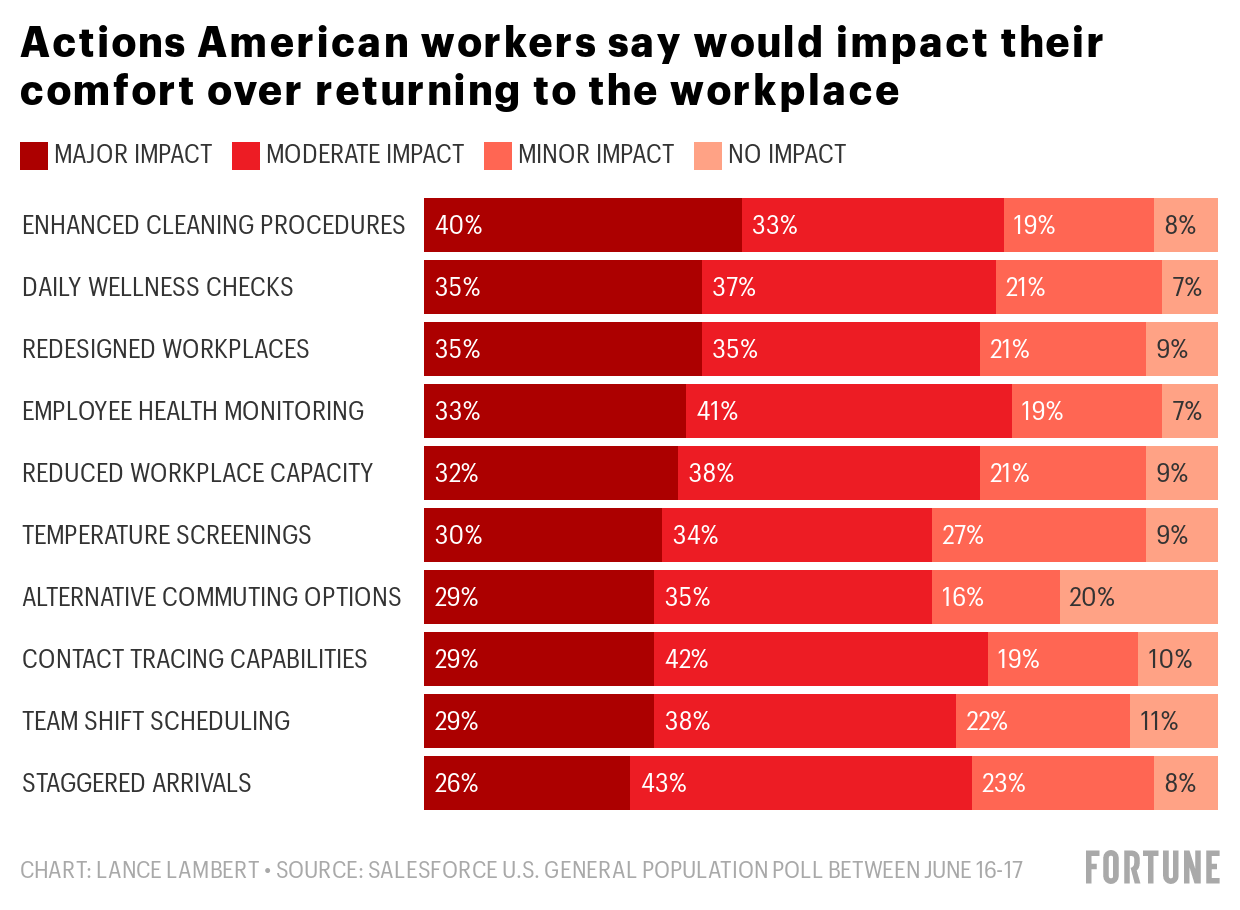 3. People want their employers to thoroughly clean their offices.

Remote workers want their employers to take steps to prevent the virus from spreading before they return to work. 40% say improved cleaning practices had a huge impact on their decision to return and 35% said the same thing about daily wellness checks.

Many employers are already doing some of these, e.g. B. Temperature tests. We don't see employees returning en masse, however. This suggests that these procedures alone will not bring people back. Much of this has to do with the end of the pandemic itself.

4. A bright spot in all of this: tech spending.

Employers are trying to cut costs, but there is one major exception: spending on technology. With consumers going online and the workforce staying away, businesses have been pushed to spend more on technology.

Since the economy has improved somewhat, you might think that this has been reversed a little. No, it actually rises more. In early April, 19% Decision makers told Salesforce they expected to cut tech spending in the future, but only if asked again in July 11% is still expected.

I would like to know what you think of the newsletter. Send me an email with feedback at lance.lambert@fortune.com.

* The Salesforce Research Consumer and Workforce Research Series has published bi-weekly surveys of adults in the United States since its inception. Can. The last one was conducted between July 15 and 16 and received 1,044 US adult respondents.

** The Customer & Market Insights group within Salesforce conducted four online surveys of their B2B audiences of directors or higher who are decision makers or influencers of business software or applications in their company. The final survey was conducted between June 30th and July 1st among 170 respondents.