Ars’ plea: Someone make this into a series

Enlarge /. Vancouver Central Public Library. Books sleep in libraries when you are not reading them.

In recent years, there has been an explosion of high-concept and high-budget adaptations for premium TV and streaming services like The Expanse and Game of Thrones. You've followed in the footsteps of predecessors who resorted to the Roots-based miniseries and dealt with material that is too complicated and too extensive to possibly squeeze into a film-length work. At best, these adjustments did justice to the most challenging material.

All of this has made Ars employees want more. If producers and networks are willing to put so much love into works that we either weren't familiar with or were not in love with, what could they do with really good material?

What started as a watercooler chit turned into an article and has now evolved into a series of short petitions / pitches – Hollywood, we're all easy to get to. And we give you, the reader, the opportunity to tell us how wrong we are or to make your own suggestions.

This series, a loose retelling of stories from Welsh mythology, was absolutely defining for me and for countless other children in generations before and after me. Given how great the imagination has grown since the turn of the century and how many tween- and youth-friendly books have hit the silver screen, I'm honestly shocked that no one in the modern era of "prestige TV" has run a run at this childhood classic.

A young man bored as a pig farmer assistant dreams of fame – despite all warnings from his elders that "fame" is really not all that matters. One day the pig escapes in his care, which has a very unusual ability for a pig, and he chases it straight into the adventure of a lifetime. 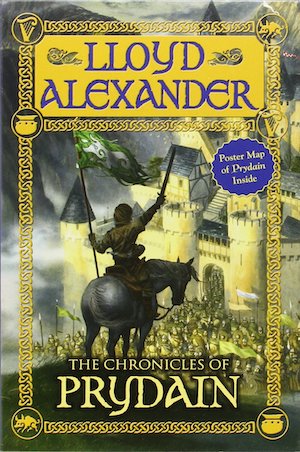 Our hero Taran is immediately surrounded by a group of characters that are both archetype and individual rolled into one. First he meets an old veteran prince, Gwydion, followed by Gurgi, a forest dweller who defies categorization. Later he and we meet with Fflewddur Fflam, a bard who means well but has problems with the truth. Eilonwy, a self-rescuing princess who Taran dragged with her to rescue her; and Doli, a dwarf and member of the beautiful people, among others.

The books follow Taran not only as he moves through events in the world and wages a Manichaean battle against the god of death and his lieutenants, but also as he moves into adulthood and learns that the world itself is indeed is not as black and white as he once imagined. In the end he finds that searching has to count more than finding and striving more than profit; that one cannot judge someone else's secret heart where good and bad mix, but must instead judge someone according to their deeds.

In short, it's a powerful coming-of-age story that also lurks some absolutely mind-boggling action sequences that teach all the moral lessons of a Game of Thrones with a tiny fraction of the violence and ten times the amount of compassion. The series is linked by a truly bittersweet ending that deserves its triumphs without being sneaky and its losses without indulging in nihilism.

From a business perspective, there are also stories worth five full books that are told episodically and allow for more marginal stories – the perfect competition for all those young adult trilogies turning into films, or for Warner Media and seemingly immortal Harry Potter Juggernaut.

Variety reported in 2016 that Disney had acquired the rights to an adaptation of a film series – a decidedly mixed blessing considering that Disney was also behind the rather hideous and utterly memorable 1983 animated adaptation. But in five years this project doesn't seem to have gone anywhere. Why not give it to someone else – even the Disney + streaming service that produced phenomenal original television – to try again?

I would love to see Ann Leckie's Ancillary Justice series for television – and done right. In Ancillary Justice, an incredibly powerful AI called Breq, who is supposed to control a massive spaceship, has declined sharply along with an army of deranged human bodies called ancillaries. With the ship destroyed, the AI ​​has only one auxiliary human body at its disposal – and only the processing power of this single human brain with which one can think. 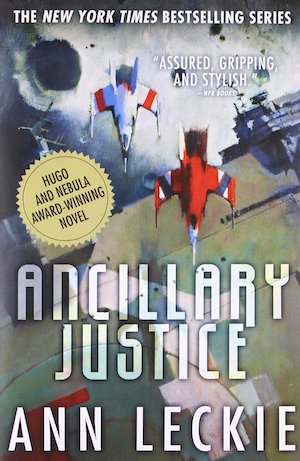 Though pared down, Breq is still a force to be reckoned with – the auxiliary body that once belonged to a human has been rebuilt from the ground up to serve as a superhumanly strong and fast high-tech soldier. But his enemy is Anaander Mianaai, the ruler of an entire civilization – and Mianaai isn't limited to a single body, having created hundreds of clones that have fused into a deranged crush.

The pursuit of revenge on Mianaai necessarily leads Breq through a rich splendor of "barbaric" civilizations and aliens, as well as through Breq and Mianaai's own Radchaai realm – the cultural differences between the Radch and the "Barbarians" made the original novels one of the most initially frustrating but ultimately rewarding readings I've ever experienced. The "barbarians" are basically what most readers would consider normal cultures, while the Radchaai are technologically and culturally transcendent enough to be alien to most.

The Radchaai in particular find gender almost irrelevant in any context outside of reproduction. Their bodies are generally heavily modified, both cosmetically and functionally, to ensure strength, speed, and longevity. They use gender-neutral pronouns and their fashion doesn't differentiate between men and women – so it's not obvious what gender an individual Radch is at all. This point of view colors their encounters with foreign cultures and leaves them confused about the gross and irrelevant focus that barbarians have on gendering.
advertising

A typical reader of the books will initially be massively frustrated flipping the pages back and forth trying to get a clue as to whether each character is male or female, even though the Radchaai narrator (and non-human) won't notice. Eventually the worldview clicks and the reader, like the narrator, simply stops bothering about it. While a television show would not be able to restore the Radchaai's indifference to the sex of the "barbarians", it should be able to cast thoroughly androgynous actors for the Radchaai themselves.

Also, I'd love to see a competitor in the distant future, with a modified clone and body-independent craze over Netflix's standout Altered Carbon.