Google has always wanted its cloud game streaming service Stadia to change the way YouTube streamers interact with their fans. Almost ten months after its release, Google is finally bringing its "crowd choice" feature to its first two games. With Crowd Choice, viewers can, for example, vote which team a streamer will join in the game, which dialogue they choose or which other decisions the player could make in the game. The streamer can ultimately decide whether to follow the audience's suggestion or make their own choice.

Dead by Daylight will be released on Stadia Pro on October 1st and it will be the first game to incorporate Crowd Choice. In Dead by Daylight, the feature gives the audience the option to choose whether the streamer should be a "killer" who should kill the other players in the match, or one of the four "survivors" trying to evade or run away. As you can see below, Dead by Daylights Crowd Choice shows what percentage of the audience voted for each role.

Dead by Daylight in Google Stadia with Crowd Choice activated

On October 6th, Baldur's Gate 3 will be the second game to support this feature. Unlike Dead by Daylight, an asymmetrical survival horror game, Baldur's Gate 3 is an RPG with the option to play solo or online with other players. When Crowd Choice is enabled, the streamer's audience can vote on what narrative choices the creator should make to move the story forward. In Baldur's Gate 3, Google says, "Everything from who your character falls in love with, to what friend becomes an enemy, can be decided by the audience." 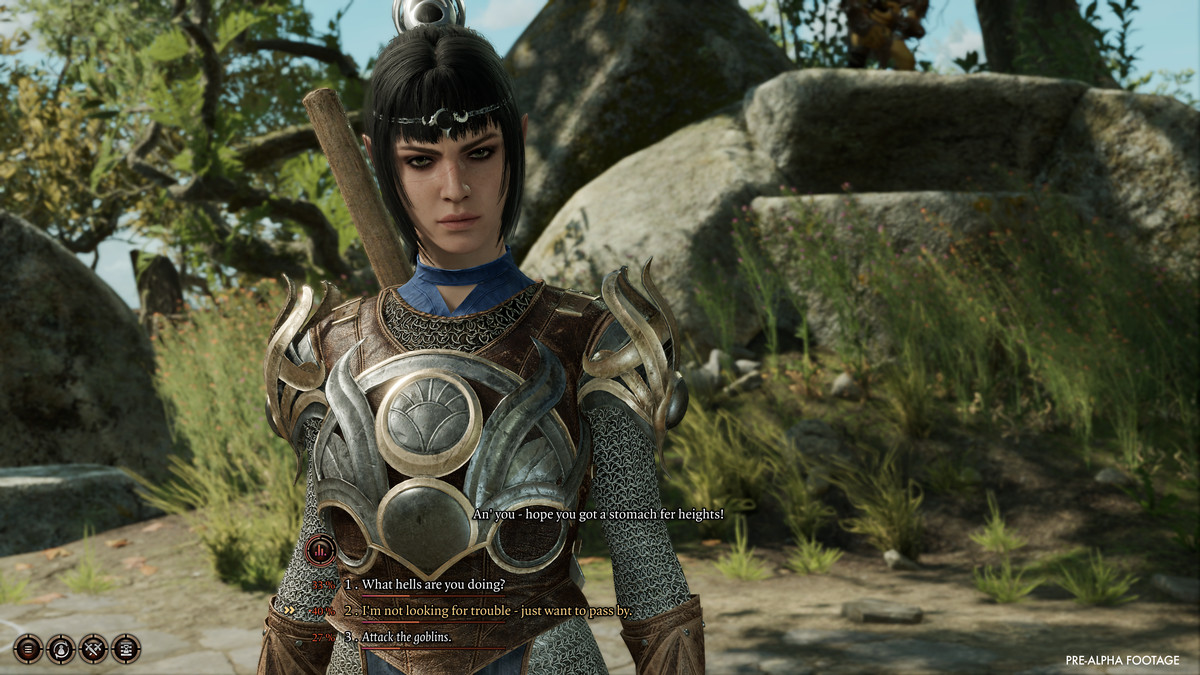 With Crowd Choice in Baldur & # 39; s Gate 3, viewers can vote which dialogue option the streamer should choose

While not a Stadia player myself, I want to watch a Stadia streamer play Baldur & # 39; s Gate 3 so I can vote on the silliest dialogue option they can choose.

Stadia's one year anniversary is just around the corner and it looks like there is more serious competition going on: the cloud gaming market has recently heated up with the announcement of Amazon Luna and the release of Microsoft xCloud.