Ask almost anyone you know, and they'll likely agree: all good controllers have at least one button. Who could disagree with that? Nobody to trust – and the various manufacturers, including well-known brands like Anker and HyperX, who have started making controllers for your phone that have no buttons at all.

These weird new gadgets don't make controlling games via screen controls any easier, although they aren't completely pointless to people who play PUBG and some other mobile hits that don't have official controller support.

These are mostly power banks with attached controller handles

Anker's PowerCore Play 6K controller is essentially a $ 36 6,700 mAh power bank that is shaped like a controller handle. Look what you want and you won't find a single button. But Anker, who started making affordable power banks, leans on the battery side of things so you don't have to worry about running low while you play.

With that extra 6,700 mAh of juice, your phone should cost two to three refills. It supports up to 15W power for Android phones through the USB-C port and up to 12W for iPhones or other devices that you want to charge through the USB-A port. Since playing games can make your phone get hot, it has a built-in fan to help dissipate heat. That's neat, but I think I would like some buttons, please.

HyperX's ChargePlay clutch is another controller-shaped device that is all about filling up your phone and making it more comfortable to hold while you play. In contrast to Anker, this one supports wireless charging of Qi in addition to wired charging.

In addition, the 3,000 mAh battery of the ChargePlay coupling is attached magnetically and can be removed. This is a nice touch as I can't imagine too many people wanting to carry around a boomerang-shaped battery when they are not playing. This one costs $ 59.99, which is a lot for a buttonless controller. However, if you appreciate the removable battery pack instead of the built-in Anker fan, it might be worth taking a look.

As I mentioned earlier, these grips have different designs that focus on more than just battery life, especially for those who mainly play games that don't have solid native controller support. If you want to see some of the other monstrosities on Amazon, just search for "Radiator Gamepads" and prepare to see some amazing art renders, like the one below, showing your phone exploding. 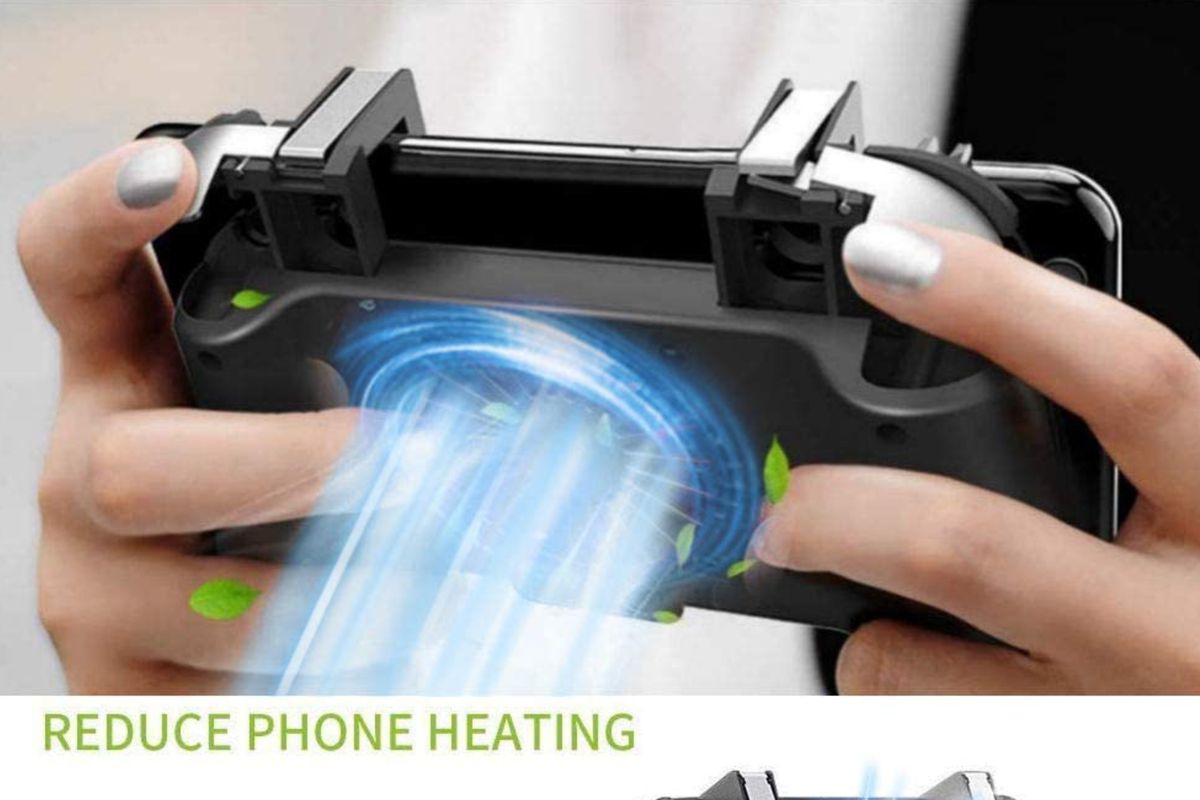 Hopefully the gamepad handle doesn't actually do this.

Granted, some of these options from brands I had never heard of actually go a step further than those from Anker or HyperX by bundling a power bank, fan, and trigger on each side that are on your phone's screen for you press click on it. (Buttons, what a concept!) As fundamentally limited as some of these faux controllers are with few or no buttons, there is currently no other controller on the market that can match the intensity of this model with realistic pistol grips and triggers.

These handles seem to have been made for a different time. Something like this would have been a joy 10 years ago, when phones became increasingly popular and console-like games first legitimized Android and iOS as gaming platforms.

They make less sense now when Google Stadia and Microsoft xCloud are ready to bring true console-quality experiences with complex key schemes to phones that work with controllers like Xbox One and DualShock 4 over Bluetooth. In addition, gamepads such as the XP5-X from PowerA can be attached to your device with a sturdy phone clip, offer a comprehensive button layout and provide additional juice at the same time. If you want sophistication, you've settled there with Razers Kishi, albeit at a higher price.