This is the camera Fujifilm fans have been waiting for. Today the company announces the X-T4, the latest mirrorless flagship camera. It looks very similar to the X-T3 launched in 2018, but Fujifilm has developed the hardware so that the fourth generation camera is an irresistible upgrade for some.

Image stabilization in the body is at the top of this list of upgrades. This is the second camera in the Fujifilm product line that is equipped with IBIS. With this camera, you can take razor-sharp images at slow shutter speeds that are likely to be blurred on the X-T3. Here you do not have to set the shutter speed or the ISO value to compensate for the shaking of the hand. IBIS also helps to get the most out of Fujifilm's prime lenses (like the 35mm f / 1.4 and 56mm f / 1.2) that don't offer the same lens-based stabilization as some of the company's zoom lenses. This is a big deal for people who shoot video with their X-T4, as all of Fujifilm's lens arsenal is now available and takes smooth, even shots when using this camera.

The X-T4 looks very similar to the X-T3, but Fujifilm has made subtle changes to make room for the stabilization system in the body.

Fujifilm has developed an IBIS system that is better, smaller and lighter than that of the X-H1 and that enables the company to keep the X-T4 the size of its predecessor. This new approach uses magnets instead of springs. 18 X-mount lenses (from the entire 29 lens series) are stabilized by 6.5 aperture steps on the X-T4. The others give you at least 5 stops. If IBIS is not enough for your video recordings alone, you can also activate additional digital image stabilization, which however has a 10 percent effect on the frame.

The X-T4 has the excellent video recording functions of the X-T3 and can record 4K clips with up to 60 frames per second and a maximum bit rate of 400 Mbit / s. Pro videographers can record 10-bit F-Log directly on the SD card. There is now also a Super Slo-Mo mode with 240 frames per second (in 1080p), which supplements the frame rate of 120 frames per second available on the T-3. Here's a nice touch: Film mode gets its own placement on one of the X-T4's dials, and the camera separates your settings (and settings for the Q button) for still images and videos. You can switch between the two without having to mess around with the menus each time. The X-T3 was both a video camera and a still image shooter and helped Fujifilm to give the YouTube developers serious impetus. Individual settings for both modes make work easier for X-T4 owners. 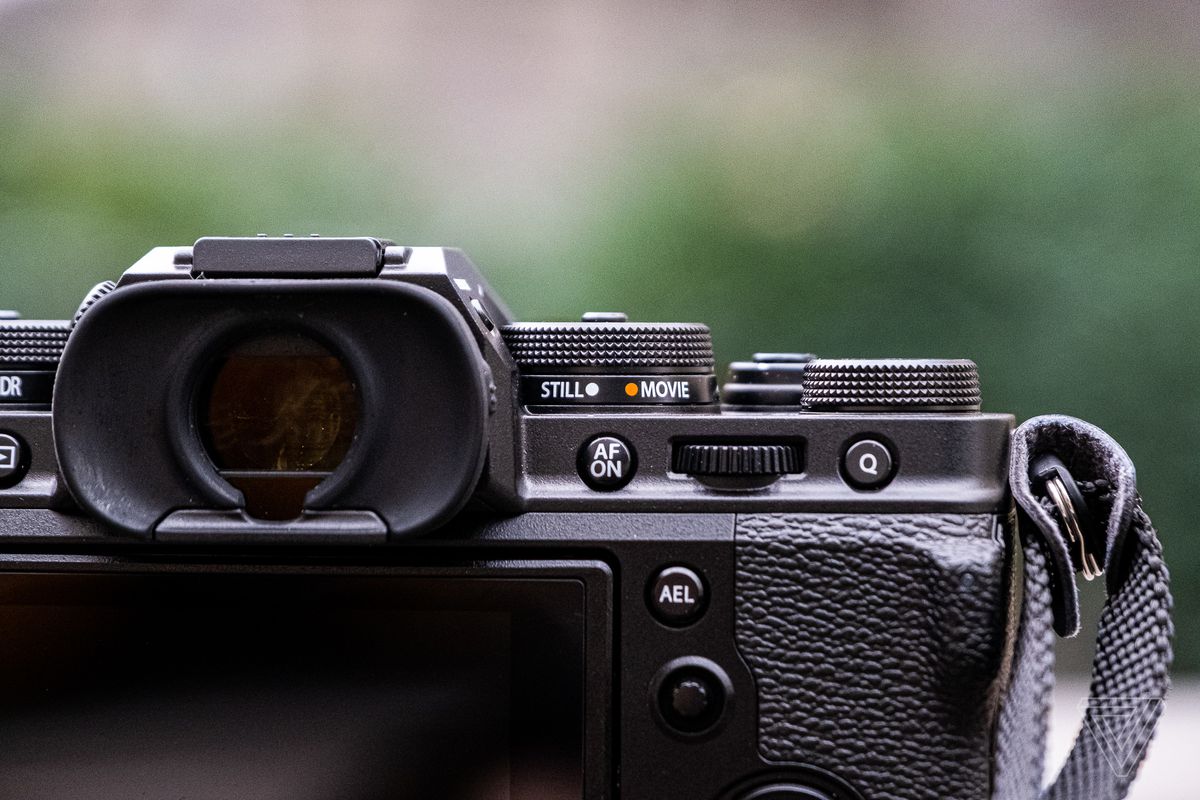 The other big change is the higher resolution rear touchscreen LCD (1.62 million dots versus 1.04 million on the T3), which – finally – folds aside and lets you see yourself taking selfies or vlogging. If you are shooting in harsh conditions or want to avoid the LCD lighting up, you can turn it so that it points into the camera body. It's a little compromise that shooting from the hip has become more of a process. With the X-T3, you can simply tilt the screen up towards you. But now you have to pull it aside first, which makes street shooting more obvious and increases your risk of hitting something. You can see what I mean here: 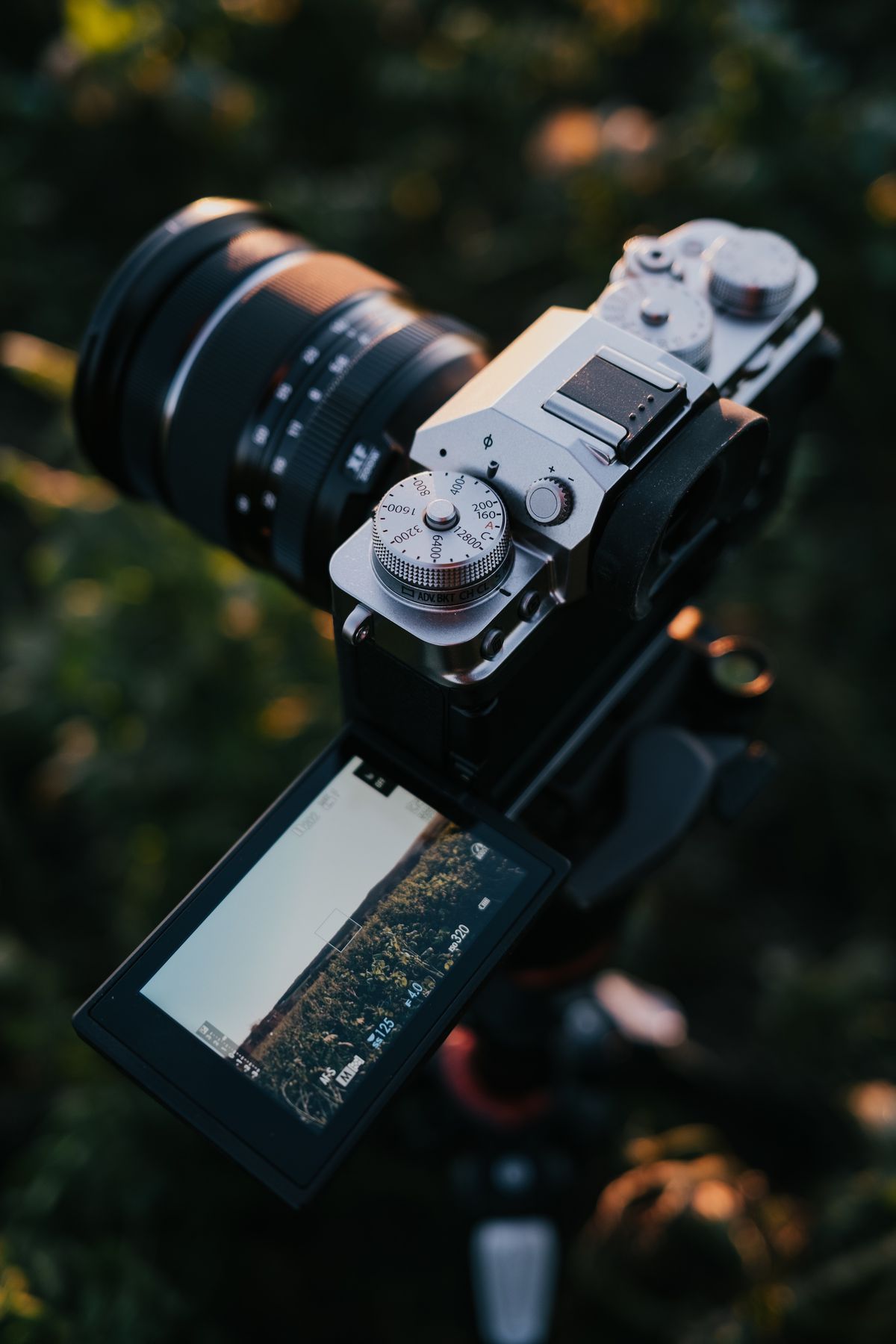 The electronic viewfinder is largely unchanged, which is fine since the X-T3 was already sharp and impressive. However, there are new boost modes that change the behavior of the EVF. You can enable Boost mode for low light priority to decrease contrast and increase gain. Resolution priority reveals more details). The priority of the frame rate switches the EVF to buttery 100 fps. These also only affect how the EVF looks to your eye and have no effect on your images.

The mechanical closure of the X-T4 has been revised and is noticeably quieter (Fujifilm says 30 percent) than that of the X-T3. The two UHS-II SD card slots are now side by side instead of staggered. This is one of the most obvious examples of how the company has moved things to make room for the magnetic IBIS system. Another is the Q button, which has been moved close to the top of the camera. Unfortunately, a bigger victim had to be made to find space: the headphone jack for audio monitoring is gone, but for this purpose there is a USB-C to 3.5mm adapter in the box. 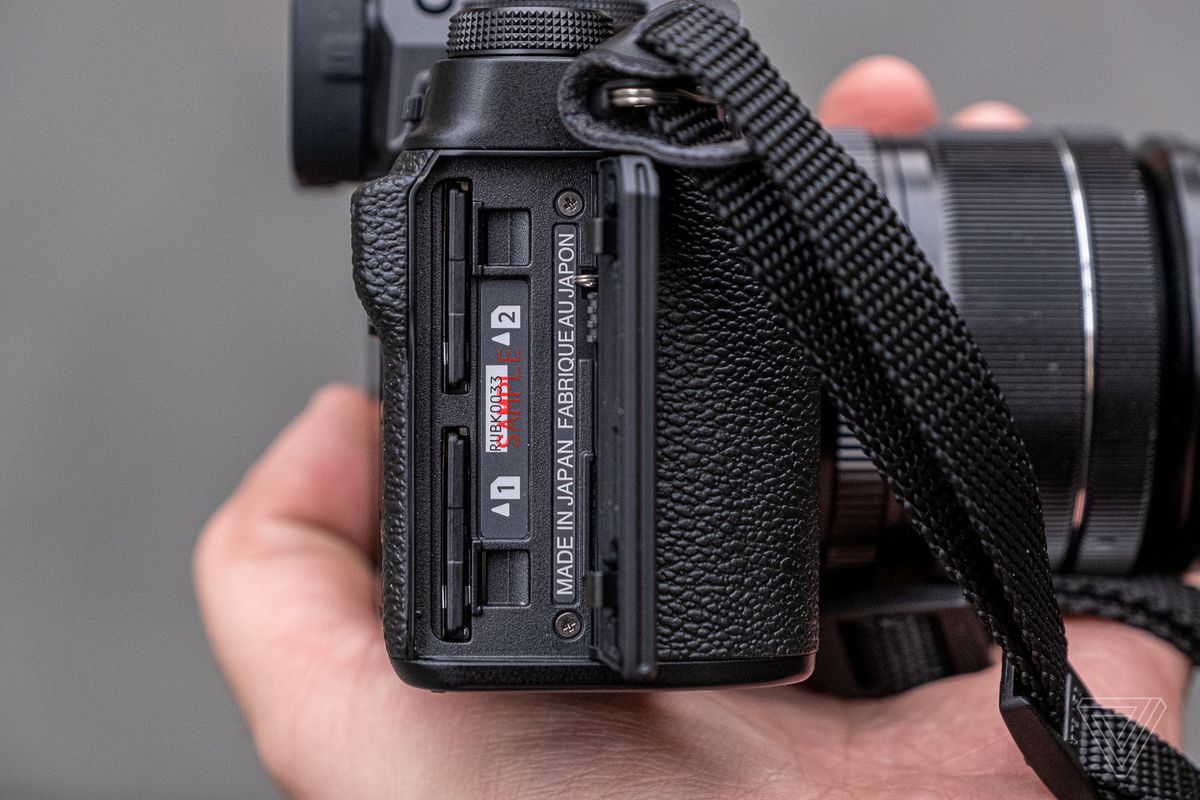 The last major area for improvement is autofocus. According to Fujifilm, the X-T4 has brand new auto focus algorithms and is more accurate in tracking eyes and faces. Continuous shooting with the mechanical shutter has been increased up to 15 frames per second, an improvement over the 11 frames per second in the previous camera. (With the electronic shutter, you can still get up to 30 fps.) According to the company, the X-T4 generally has a higher hit rate than the X-T3 when it fires quickly. 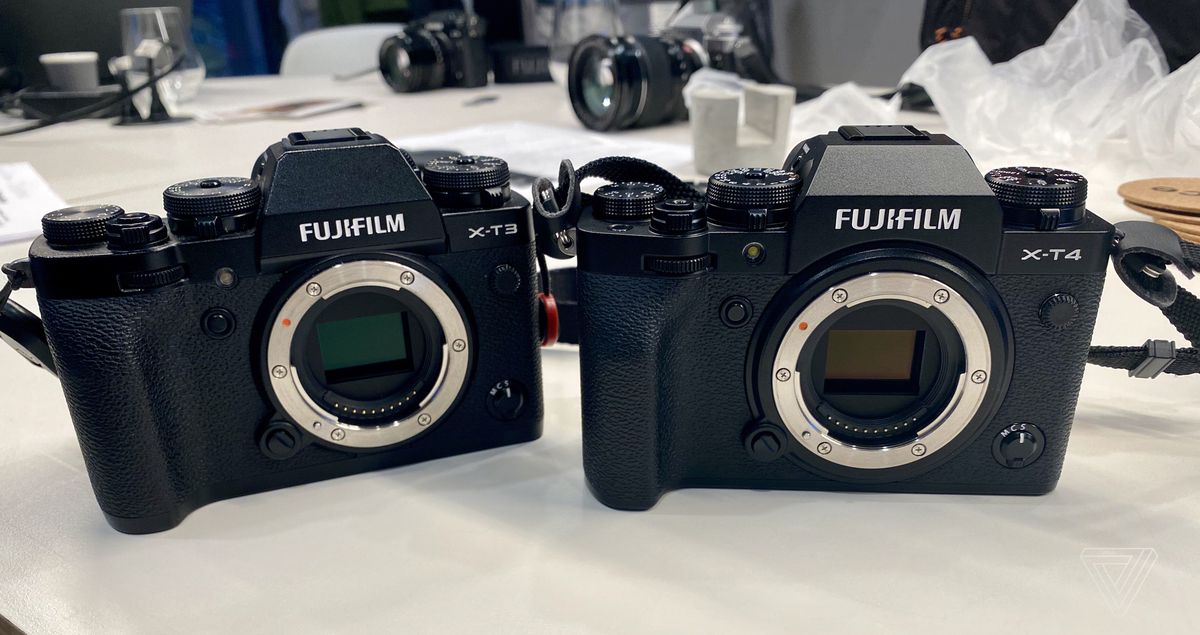 Elsewhere, X-T4 and X-T4 are fundamentally similar. They use the same 26.1 megapixel X-Trans 4 CMOS crop sensor and contain the same X processor 4 chip. Both have a 425-point phase detection autofocus that fills the entire frame. Rumor has it that Fujifilm will bring a lot of this camera to the X-T3 in the next few months. Annoyingly, the T3 still lacks the classic Chrome film simulation and HDR recording mode that were introduced on the X-Pro3. With the X-T4, HDR receives a prominent placement with its own point on a dial. There is also another new film simulation, Bleached Bypass, that "creates a nice desaturated, high-contrast look" that Fujifilm compared to a less intense version of the film 300 aesthetics. 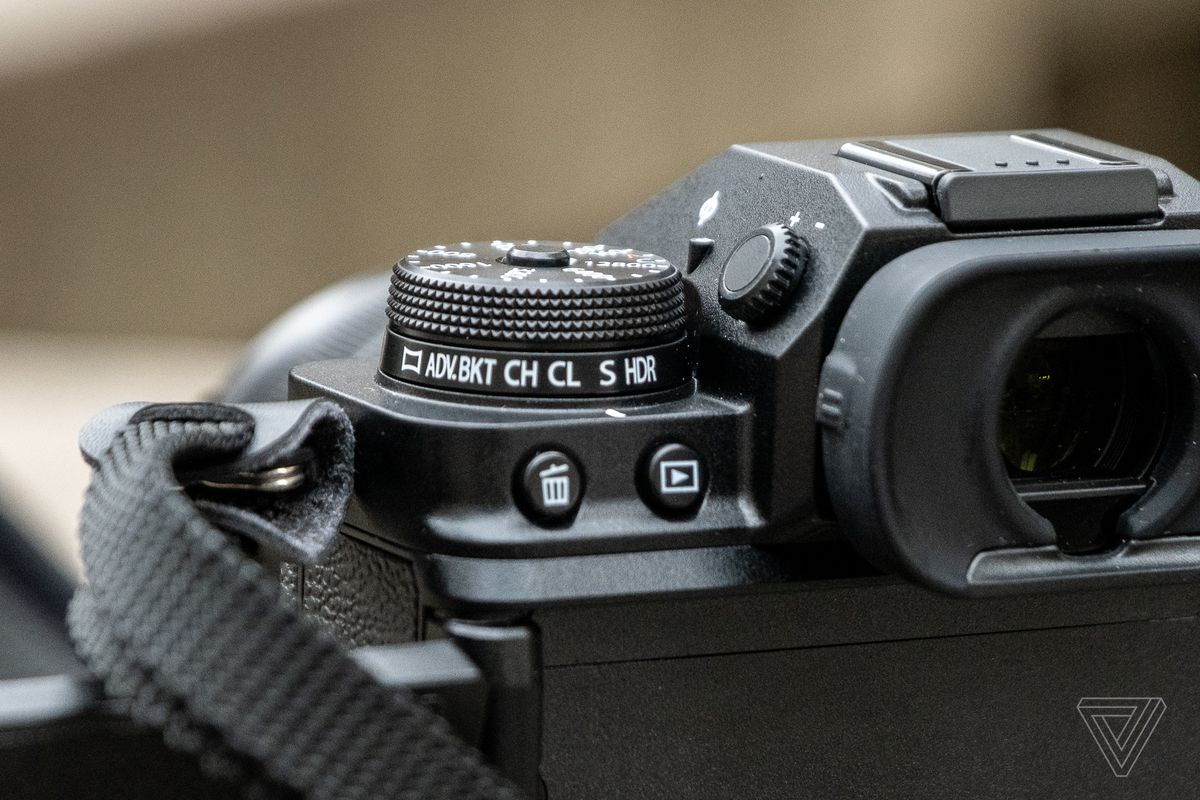 As with previous models, the X-T4 is sold individually (for $ 1,699) and also as a kit with the 18-55mm lens ($ 2,099) or the 16-80mm lens ($ 2,199) ) sold by Fujifilm. The camera comes with a new battery that allows up to 500 shots in normal mode or 600 shots in economy mode. (The X-T3 was rated at 300 shots.) It's a new shape that's similar to Canon and Nikon batteries, which means your older ones are of no use here. There is no conventional charger in the box, which could frustrate some people. However, Fujifilm throws in a charger that looks like it is suitable for a smartphone. The X-T4 now supports high-speed charging with USB-PD. A charger with two batteries can be purchased separately. 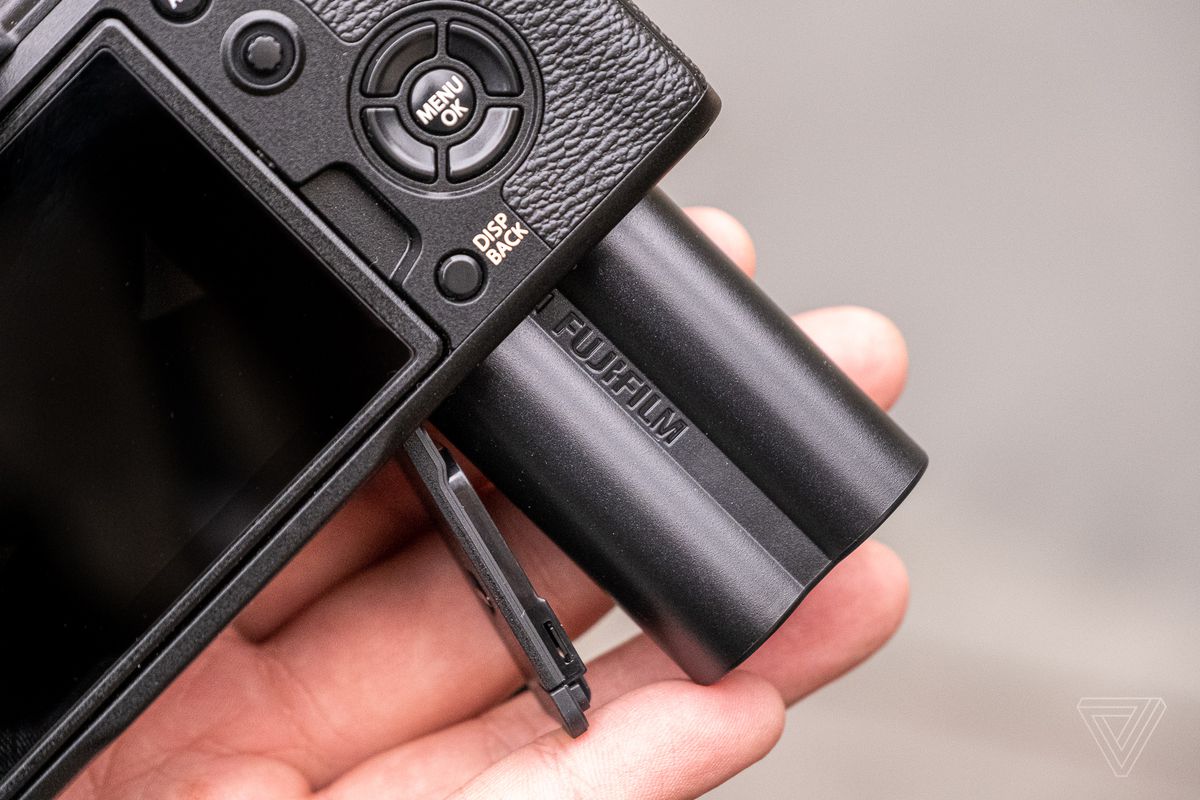 Your X-T2 and X-T3 batteries are not good here. The X-T4 changes to a new battery.

When you get your hands on the X-T4 is unfortunately a bit complicated at the moment. Based on the latest information at a press conference, Fujifilm believes that production delays and the limited supply associated with the outbreak of the corona virus will have a significant impact. The goal is to release the X-T4 sometime in April. However, if you don't pre-order very early, don't be surprised if you have to wait a long time. Even the previously announced X100V is hard to come by for a while.

I've owned every iteration of Fujifilm X-T cameras and I don't think there has been an upgrade that excited me more than T4's image stabilization in the body. It opens up new creative possibilities and is a lifesaver for people (like me) with shaky hands. If you own a Sony or Nikon camera that already has IBIS, this probably doesn't seem too radical. And depending on how and what you photograph, the image stabilization in the body can honestly not be a game changer. For me it is. And it makes an already great video shooter even more powerful.

Fujifilm not only stuffed IBIS and a funky screen into the X-T3 and called it a day. You'll get a new, more discreet shutter, improved auto focus, and more. Yes, it's the same image sensor (and processor) as the X-T3, but if it matches your photography style, the X-T4 should make an impressive jump over its predecessor.

But the photo landscape has changed a lot over the past year. Both Nikon and Canon, together with Sony, have released impressive full-frame mirrorless cameras – and they are constantly being improved through firmware updates. Nikon's Z6 only costs around $ 100 more than the X-T4. And anyway, no company has been able to turn off Sony's incredible eye detection autofocus. But I can't wait to check the X-T4 and see if Fujifilm really delivered its dream camera. 2019 has been a great year for camera lovers and it looks like 2020 could get even bigger.

Photography by Chris Welch / The Verge, except for Fujifilm advertising images. 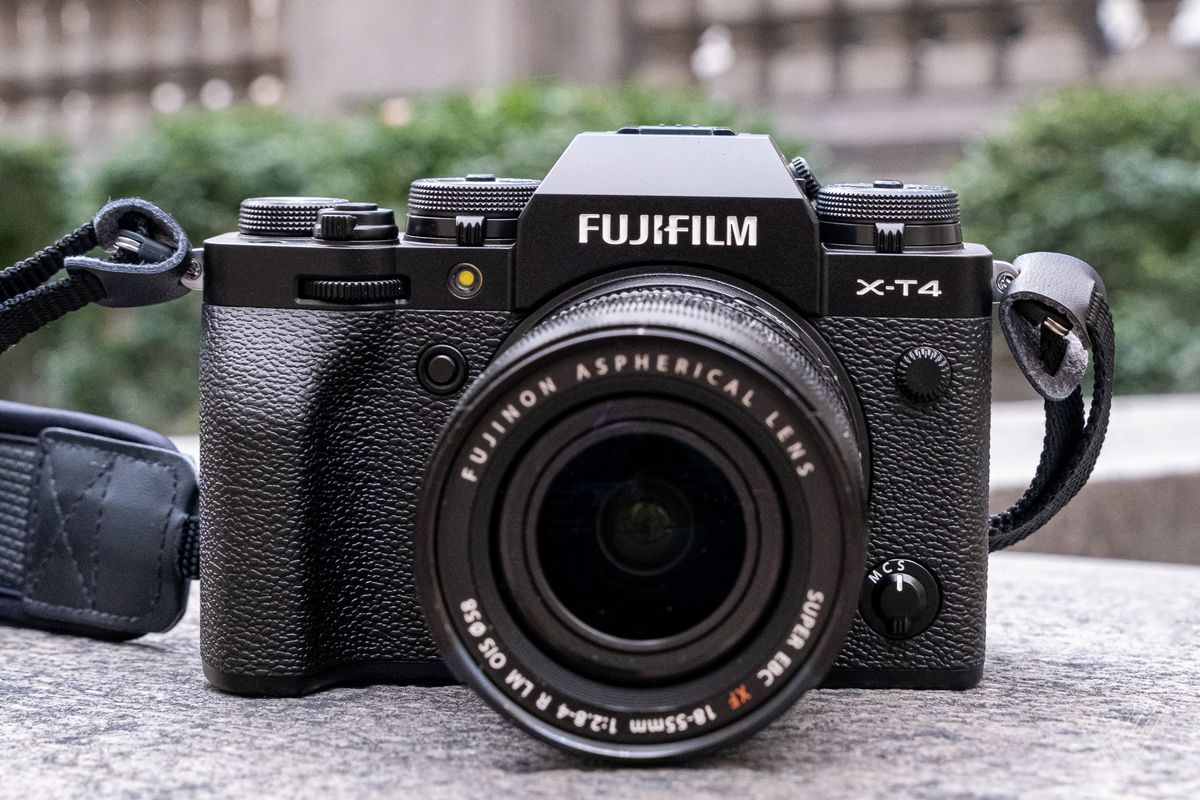 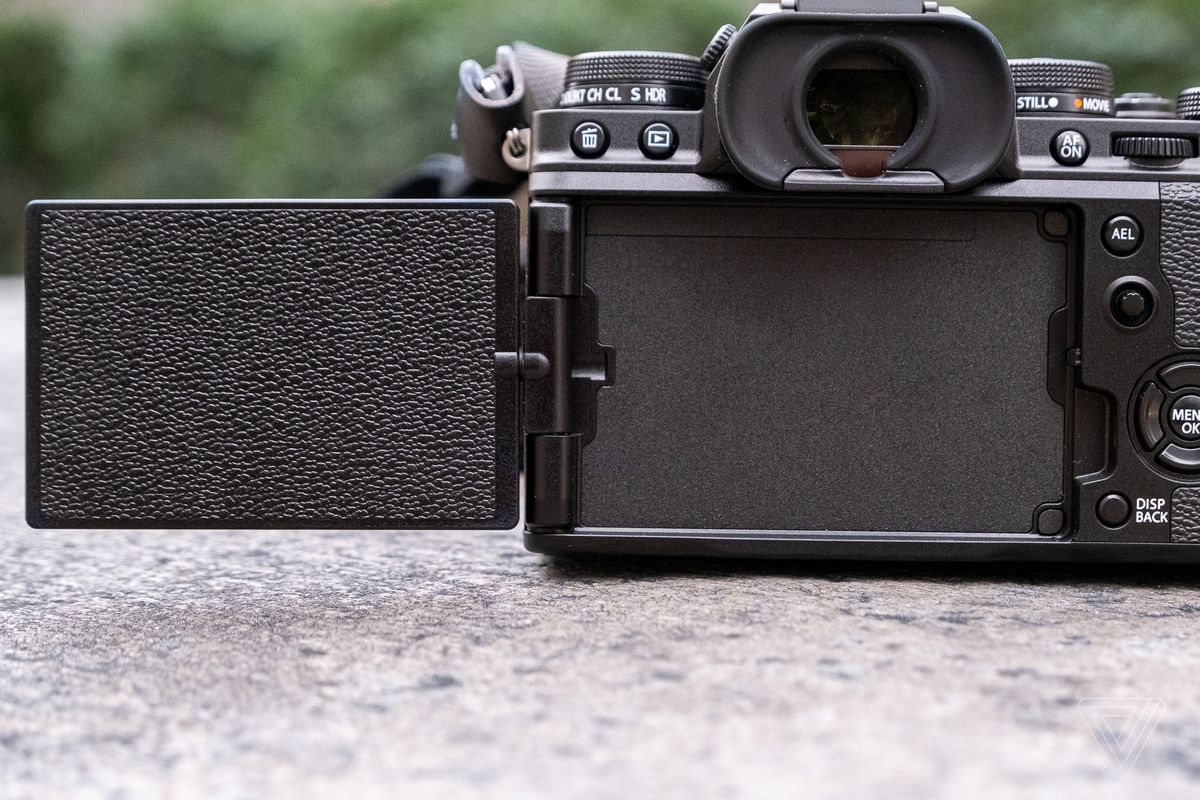