How Race Plays a Part in Operation Varsity Blues

Neflix Operation Varsity Blues: The College Admission Scandal further exposed the biggest college admissions scandal to date, drawing attention to the ubiquitous nature of how rich, especially white parents, have designed a system that was already skewed in favor of their children. Education is seen as the great equalizer within society, but Rick Singer's "side door" to the rich is another example of how money and power create more inequalities on an already unequal playing field.

Operation Varsity Blues: The College Admission Scandal throws a harsh light on Singer (played by Matthew Modine). Singer, the program’s mastermind and orchestrator, networked with parents willing to do whatever it takes to get their children to world-class colleges and universities. In a press release, writer and producer Jon Karmen stated, "It was interesting to see how Singer would work with these parents. He often made them think that there is no other way to get their children into these schools without his scheme apply. " The desperation of the parents who participated in the program shows how little trust these parents had in their children, even though their children were given all the tools from a young age: access to private schools, private tutors, exam preparation and more.

Of course, it is nothing new for parents to bribe colleges. Big donations to universities are known as the "back door" method. (This is what Jared Kushner's family did, and donated $ 2.5 million to Harvard to ensure its acceptance.) Enter Singer with his "side door" for college admission, a special agreement with parents Singer's foundation and, in return, their children donated have access to his network of psychologists, proctors, coaches and school administrators who then operated the system on their behalf. Unsavory tactics ranged from diagnosing applicants with learning differences, receiving test accommodation, performing standardized tests for applicants, and finding places in sports teams.

The coastal elites from Wall Street to Silicon Valley participated in the scam, making payments to the Singer Foundation in exchange for access and verification. Felicity Huffman specifically paid to have her daughter's SAT results treated, while Lori Loughlin paid $ 500,000 to bring her two daughters to the USC as rowing recruits (neither of whom ever played the sport). Ironically, many of these parents at least publicly advocate the values ​​of diversity, justice, and inclusion, but their actions belied their true values. They view sending color students to these institutions as an act of charity rather than an inherent right.

One of the most distracting parts in Operation Varsity Blues is the revelation that some white students posed as black students in their applications to take advantage of positive action. In addition, Singer's de facto foundation, which "accepted" the bribe, was supposedly created to help black and brown students in underserved communities have more college opportunities. The irony of white families of using black and brown students as a cover for their privileges is an embarrassment of abominable riches. These white families were given more opportunity and access by speaking to the power of white in education. 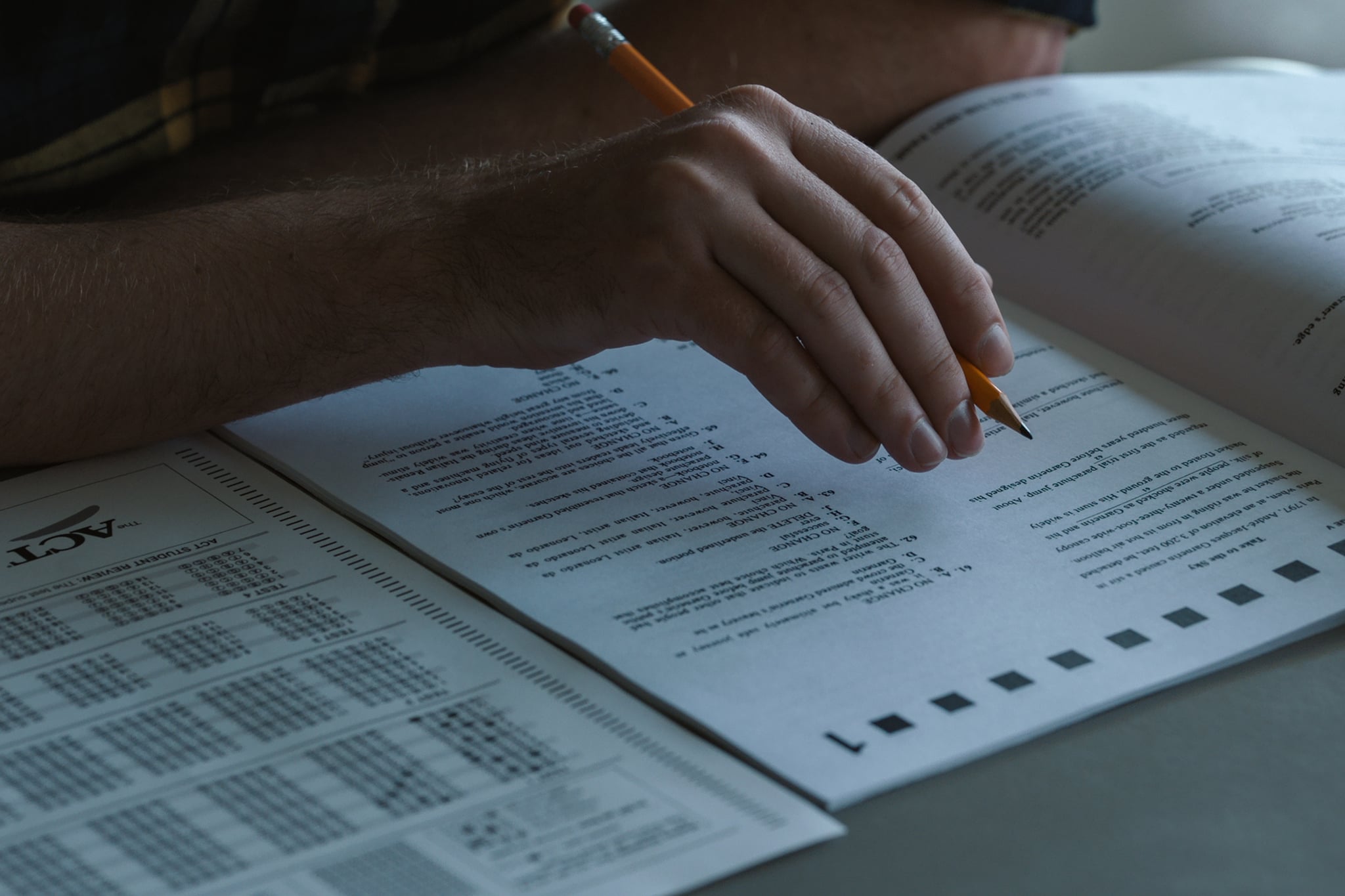 As a diversity practitioner working in independent schools where competitiveness between students during the admissions process is both the norm and the expectation, I've seen firsthand how this scandal affected color students, something that the main story never addressed has been. Every year when college acceptances came, when the colored students, especially the black students, came to school, the question was repeatedly asked, "They only got in for positive action," which also negated the hard work of the black students as inadequate pressure, the burden of representation burdens black students in elitist, white rooms. But when white students entered the same schools, many with the help of Singer were celebrated and praised for how smart and deserving they were, even though many were actually not qualified to enter those schools.

"It was both annoying and disturbing to see the hard work and earnings of black students being reduced, oversimplified, and attributed solely to their race."

It was both annoying and disturbing to see the hard work and earnings of black students being reduced, oversimplified, and attributed solely to their race. Much of my time was spent alternating between affirming the worth of black students and educating white students (and their parents, too) about why these comments were demeaning and untrue when I realized this narrative was from to Was fed from home.

The heavy burden of racism that black students had to bear was both unfair and outrageous. What should have been a time of excitement to celebrate entering college (remember, not so long ago, blacks weren't even allowed to go to college) was marked by sadness and disappointment. For many black students, it was a pivotal moment in which they understood the meaning of the African American Vernacular English (AAVE) phrase: "We have to be twice as good to get half as much."

Much of the discussion within Operation Varsity Blues focuses on the corruption of the scandal itself; However, the documentary also highlights competitiveness in rich, privileged, and white parenting circles. Akil Bello, expert in text preparation, said in the film: "When you reach a certain level of wealth, you relentlessly pursue the balance of power." These parents wanted to brag to demonstrate their position at the top of the hierarchy of privileges. A place where the college your child was admitted to is as much a part of their social status as the car they drive in or the house they drive what they live in.

"I think when this scandal first broke out it really showed the role money can play in approvals," affirmed Karmen. Wealth and access allowed the operation to continue for as long as possible. This is how the rich maintain their strongholds in society – by keeping a tight grip on the elite spaces, including access to prestigious colleges. As a reminder, colleges and universities, especially private and elite colleges, were created for whites and the privileged. It wasn't until 2017 that Harvard accepted a class of students who were not predominantly white.

There was a dangerous cycle of privileges in which both parents and their children learned how to play the game but did not consider their participation in the scandal morally wrong as their claim told them that applicants even deserved the Attend the college of their choice if they were not qualified for admission due to their own merits. 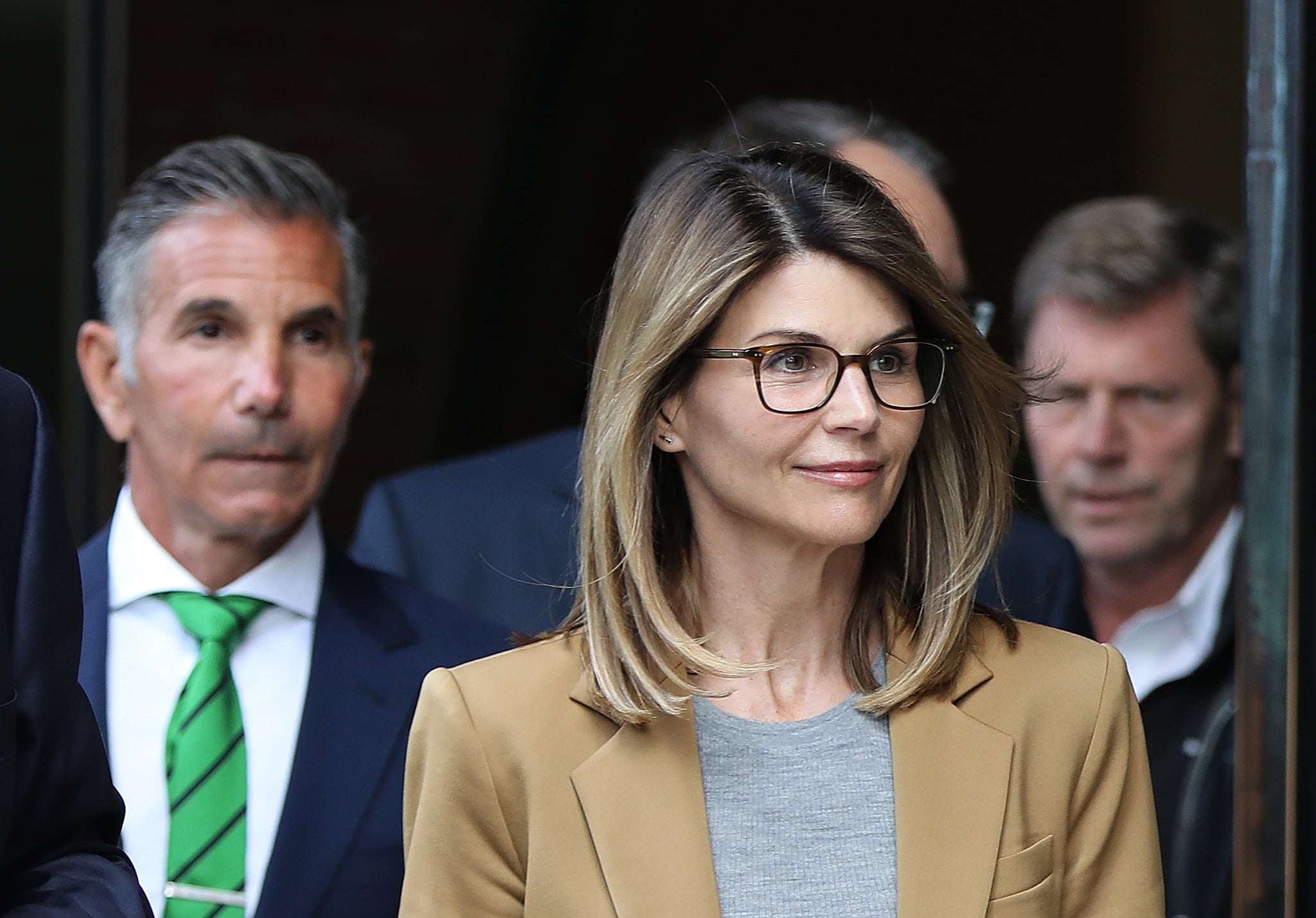 We see this phenomenon most clearly in Olivia Jade, the daughter of Lori Loughlin and Mossimo Giannulli. Once a popular YouTube star, Olivia regularly used social media to share how much she hated school and really didn't feel like going to college. Her fans were puzzled by her online celebration of being inducted into USC, despite not mentioning that she was inducted into the school as a "rowing recruit". Months after the scandal broke out, Jade made her victim tour on the street to further share her role in the scandal Red Table Talk. When asked why she turned to her specifically Red Table Talk To speak publicly about the scandal for the first time, she replied: "I wanted to be somewhere where I did not feel attacked, and maybe I could feel more understood." She appeased her guilt by using the platform of three black women – another aspect of her privilege with the expectation of free black work.

While some cases are pending, many of the accused parents have since served their light sentences, with Felicity Huffman two weeks and Lori Loughlin two months.

When asked if these charges would deter parents from cheating in the future, Cliff Mason, II, JD, an independent school educator and counselor, responded in an interview with POPSUGAR: "If accountability measures are not taken to prevent wrongdoing, people will act without integrity. " For example, the epidemic of police killing unarmed black citizens persists because the system known as "justice" allows officials to act with impunity. If the parents involved in the Operation Varsity Blues scandal receive a mild reprimand, our understanding of two judicial systems that work in society remains and encourages other wealthy parents to follow the model they set. Why? The reward far outweighs the risk. "

After a summer of racial justice screams following the murders of George Floyd, Breonna Taylor and Ahmaud Arbery, more colleges and universities have their own bill. Eventually, they have started taking action to address the seismic inequalities that have supported them in the past, including getting rid of the SAT for the current admissions cycle, as well as recording their desire for a student body that reflects the whole world. While these proclamations are gestures of good faith to do the right thing, they can also put further pressure on the wealthy, white parents to find new ways to defraud the system, as they may even add racial diversity or "the tan." of "Fear America" ​​and its implications for future college admissions.

In the future, white parents will need to consider how their everyday actions maintain this unequal system. Acknowledging privileges is an important first step, but then they need to consider how to deal with the privilege they have. Stop placing undue pressures and expectations on your children and measure their success by where they are accepted into college. Instead, the measure of success should be finding a school that will help your child reach their full potential, in which they can thrive, not just survive, without having to do with the name or reputation of the school.

It has been two years since the scandal and it seems like much has returned to business as usual. The universities have changed their admission procedures. However, the system still benefits those for whom it was designed. "Hopefully this film can put those issues back in the spotlight and spark a bigger conversation about the inherent inequalities in a system that favors the rich," Karmen said. It remains to be seen if wealthy, white parents have conversations about how to give up their privilege rather than abuse it. If not, a better and more compelling Rick Singer 2.0 is sure to lurk in the shadows to sell the winning bidder a new "Diagonal Door" scheme for college admissions.

How To Register Dependants For COVID-19 Vaccine On MySejahtera