When I was growing up, I played a lot of educational games on the Apple IIe, like Oregon Trail and Where in the World is Carmen Sandiego? The games that actually taught me things were also the ones that were fun to learn how a particular topic coincides with how to think about how to make the game better. The Carmen Sandiego games were particularly good at it: Improving meant teaching yourself more about the places or places in time that the thief could have escaped to to better understand the clues.

The goal of each puzzle level is to connect each tile together. Tiles connect when the symbol on them matches two adjacent tiles in two ways: either they have the same start consonant tone or the same vowel tone. For example, the Hiragana character さ (sa) can be combined with characters like す (see below) or せ (se), all of which begin with an "s" tone. But it can also connect with か (ka) and な (na), since both end with an "a" sound. This also means that if you place a さ tile between す and か tiles, all three will be connected.

This setup is fun, but over time new mechanics will be introduced to confuse how you have to think about each puzzle, e.g. B. tiles that can not be moved at all, ice tiles that slide in one direction until they hit a wall or immovable tiles. Slime tiles – the characters あ (a), い (i), う (u), え (e) and お (o) – are particularly difficult. When moved over another character tile, they change their vowel. So if you have a さ tile over which you move a う slime tile, it changes to す.

The most interesting thing is the question mark tile, because it adds an additional puzzle to the actual puzzle. These tiles cannot be moved until you guess which character it is. You can find this out by moving the other characters next to them and seeing which ones they are connected to, or by looking at the tiles and determining which character you need to solve the puzzle. A question mark tile can be associated with せ, す, and,, which means you can conclude that it should be さ, since it is connected with two starting characters "s" and an ending character "a".

The way Kana Quest incorporates all of these different mechanics prevents the game from feeling like you're solving the same puzzles repeatedly in different configurations. Instead, it is based on more complex gameplay without losing sight of the fact that teaching Japanese is very special. In particular, the slime tiles showed how well thought out this game really is, since it could only be normal tiles. But the mechanics around them help distinguish them and make them unforgettable characters, as well as changing your mind about each puzzle. 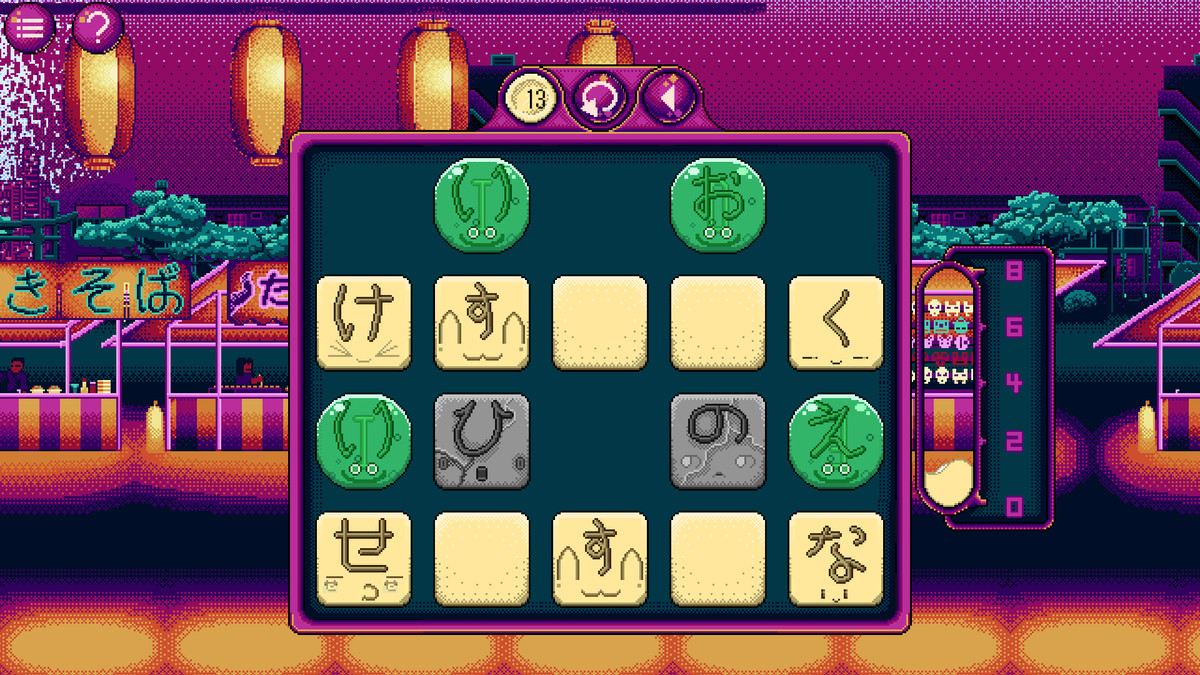 Kana Quest has more than 300 puzzles that can be played again with katakana characters instead of hiragana characters (or vice versa). This effectively doubles that number, meaning that you are unlikely to end this game on a weekend. Normally this would contradict the goal of these short game recommendations, but it's an ideal game for the quarantine world we currently live in. You can play around 30 minutes a day and solve a few puzzles. You have spent your time doing something that is both relaxing and constructive to teach you something that is useful beyond the game.

Kana Quest was created by Not Dead Design. You can buy it on Steam (Windows) for $ 14.99, and it'll be available for iOS and Android later this year.