Lenovo has announced its first gaming phone, the Legion Phone Duel, and I have to address its most interesting feature in advance: the pop-up selfie camera embedded on the side of the phone, just as the May rumors suggested. Given that the most popular games are played in landscape orientation, this is a logical place for the camera, as it ensures that your palm doesn't cover the lens when video chatting or live streaming during a game.

The pop-up camera is a 20 megapixel sensor with an aperture of 1: 2.2 and a field of view of 81.7 degrees. This may not result in the best selfies or video quality, and is not an ideal place for a quick selfie. Lenovo provided enough space in the camera case to include a status light for the camera, as is the case with most laptops.

However, the Legion gaming phone is not a laptop, and although I can think of some use cases where it would be useful to have a side-mounted selfie camera on a phone, I admit that I would do this, I hate it to be seen making a selfie with this phone. The rear camera array is exactly in the middle of the back of the phone. This is also not the most convenient place. Nevertheless, game phones have become a playground for interesting functions like this. So I'm ready to give Lenovo the honor to try something new here.

The Legion Phone Duel's two 2,500 mAh batteries can be fully charged in 30 minutes by connecting USB-C cables to each of its ports.

The Legion Phone Duel (or the Legion Phone Pro, as it is called in China, where it will be released for the first time this month) has the Snapdragon 865 Plus processor, up to 12 GB LPDDR5 RAM and 512 GB UFS 3.1 storage. With this chipset, it's also a 5G-capable phone that can use the sub-6 GHz spectrum. Lenovo also has two vibration motors that make games feel more immersive, and touch-sensitive ultrasound sensors that let you map the normally virtual on-screen buttons to the edge of the phone itself to mimic the feel of a real controller.

Like the Asus ROG Phone II, the Legion Phone Duel has several USB-C ports, one of which is in portrait mode on the bottom of the phone and one opposite the pop-up selfie camera on the side. You can either charge the phone, but interestingly enough, you can quickly charge the phone's two internal 2,500 mAh batteries in about 30 minutes by connecting USB-C cables to both ports. It may look silly, but at least you'll be turned on quickly.

Now for the bad news: Lenovo is not planning to launch this phone in the United States. It comes to China first in July, then to select markets in Asia, Latin America and the EMEA regions (Europe, Middle East, Africa). This is a little disappointing to hear because frankly, I think we all deserve a phone with the words "Stylish Outside" and "Savage Inside" lasered on the back. 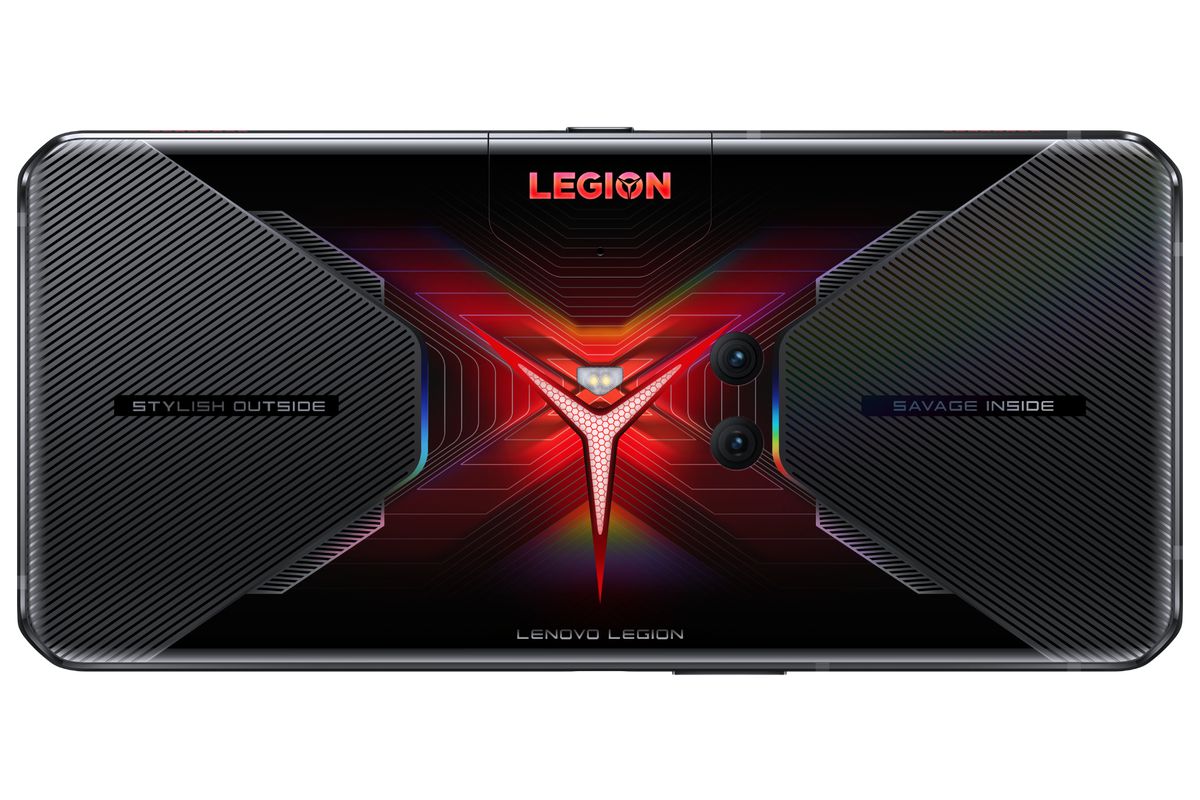