Oppo gave us the best view of the upcoming smartwatch along the way – and it looks almost exactly like an Apple Watch.

The new watch is called Oppo Watch and will be announced on March 6 at the company's Oppo Find X2 launch event. This emerges from a tweet that the company published on Monday.

There is still a lot we don't know about the device, including the price or many of its features, but there are a few things we can speculate about from this one picture. It looks like you can make and receive calls using the watch. If you look at the clock on the right, there is the option to send a message to the caller if you cannot answer the call.

Oppo cleared design details ahead of the official announcement. For example, according to a tweet from Oppo manager Brian Shen on February 17th, the Oppo Watch will appear to have a curved screen and “3D glass”:

Shen reportedly shared another picture of the watch on Weibo on January 30. There is a better look at this second top button and shows a microphone and an interesting green line on the bottom button:

You can see a little more of the Oppo Watch's curved screen in a leaked Oppo Watch image shared on Weibo on February 25th. According to Google Translate, this Weibo post states that the Oppo Watch is an "Android system". Therefore, the wearOS may be run by Google: 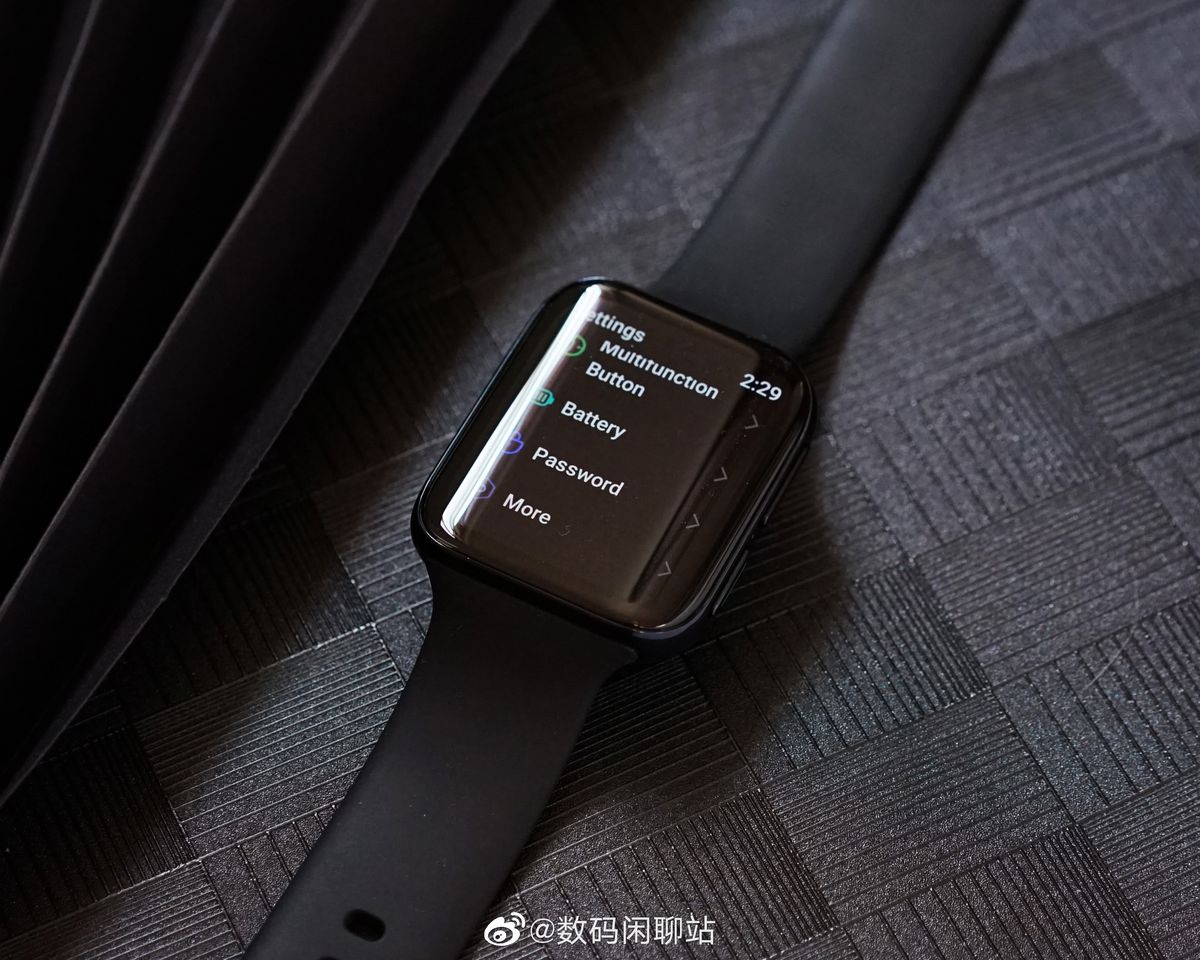 The Oppo event takes place on March 6th at 4:30 a.m.CET, so we don't have to wait long to learn more about the Oppo Watch.

Organisation for Financial Cooperation and Growth