Singapore Is Getting In Debt To Make Even More Money

One of the most important and least covered topics of the recent budget announcement for 2021 in Singapore was the Significant Infrastructure Government Loan Act (SINGA).

This means that for the first time in about 40 years, the Singapore government will borrow money to fund some of its projects.

As part of SINGA, Singapore will take on a significant amount of debt, up to S $ 90 billion or around 20 percent of its GDP.

"Debt" is a big, dirty, scary word that has been linked to financial troubles around the world for the past few years, but it is not in Singapore. Let me explain why.

The Singapore government is legally prohibited from borrowing money to fund recurring household expenses (such as social expenses).

It's a solid policy that prevents populist bloat in the West, where rival political camps have been buying votes for decades by promising bigger and bigger handouts that often had to be funded by endless credit.

This de facto led to the bankruptcy of several countries that were only saved by a massive rescue program after the crisis in 2008.

However, Singapore has done just the opposite.

The government is forced to run balanced budgets (barring deep crises like the current pandemic) and typically accumulates significant surpluses over every five-year term.

These savings are then moved to previous reserves and managed in a profit-oriented manner.

Before the pandemic, the annualized nominal response rate of 20 years for GIC was 5.5 percent. In other words, the company manages to nearly triple its assets every 20 years.

Although the full size of Singapore's reserves is not known (as numbers for GIC holdings are not publicly available), the estimated range is between S $ 700 and S $ 1 trillion – returns that account for over 20 percent of government revenues annually ( estimated S $ 20 billion in 2021).

For the past few decades, the government has financed its main investments from budgetary resources.

However, as reserves have grown, global interest rates have fallen, lowering the cost of borrowing. Yields on 10-year Singapore government bonds hit around four percent a year in the early 2000s, compared to just 1.25 percent today. 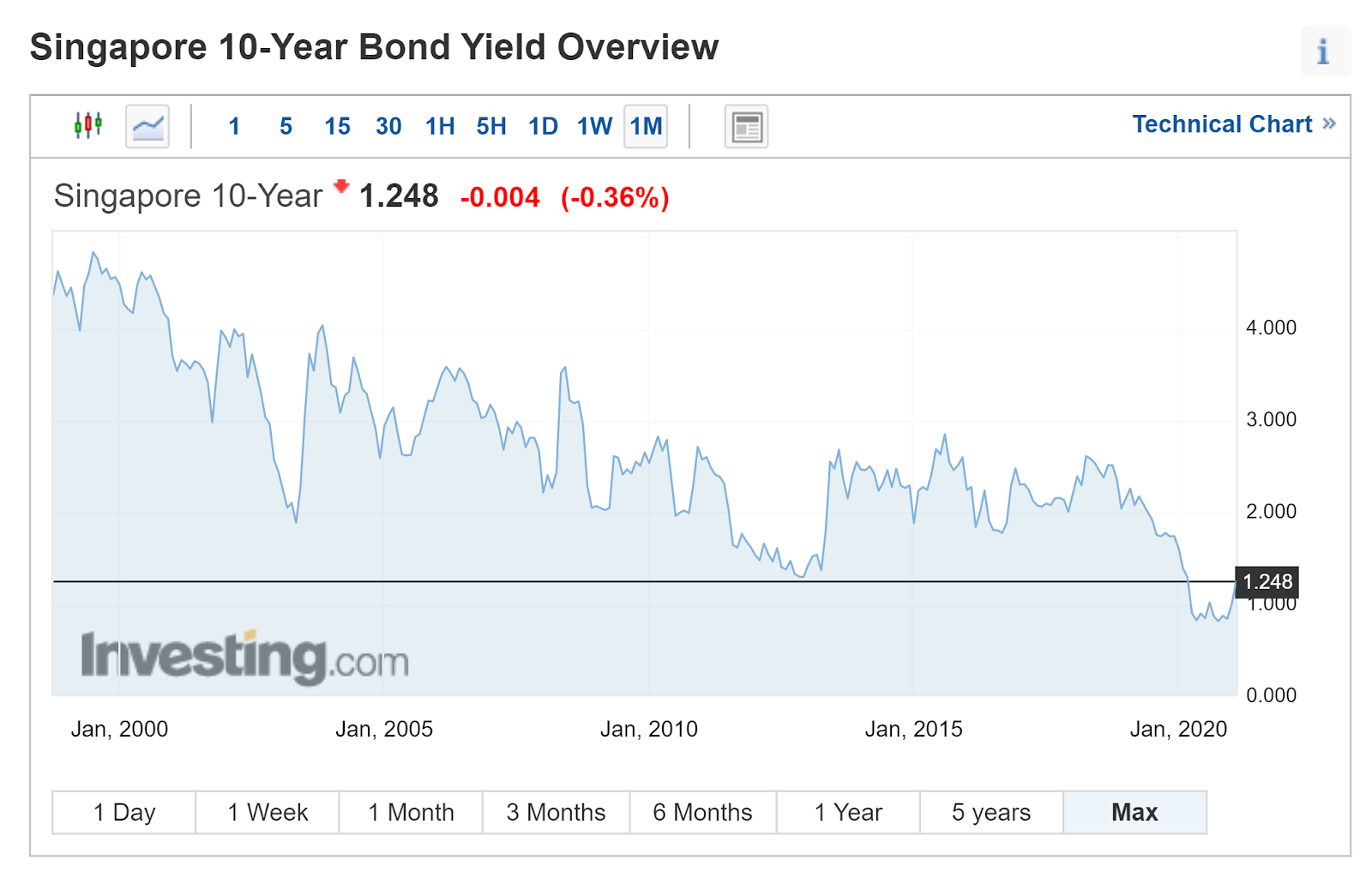 As a result, it would be far more costly for the Singapore government to unwind its reserves or use the current revenue to fund large infrastructure projects than it would by borrowing.

The cost of using the money that would otherwise end up in reserves is four to five percent (the return the GIC can average over the long term), compared to one to two percent the government pays in the bond markets to "To borrow money".

While the cost of borrowing is a loss for almost all countries, it is a lower opportunity cost for Singapore than using the current reserve money. It's cheaper.

Every crisis is an opportunity

With decades of savings and profitable investments, there is no need to take on debt. It's an opportunity.

With SINGA, the government can spend a further S $ 90 billion within 15 years to invest in infrastructure projects that are already planned and necessary without reducing recurring budgetary expenses and allowing faster repayment of the money used for Covid -19 relief of the reserves.

Furthermore, the additional spending should generate an additional increase of one to two percent of GDP (which, with multiplier effects, could be even greater as the money circulates in the economy) per year. All of this has been achieved very cheaply.

In other words, with a single law, the Singapore government can accomplish several things:

While the rest of the planet is collapsing amid the explosion in debt from Covid-19 that caused some to print money to fund barely sustainable spending just to avoid economic collapse, Singapore is in the enviable position of freedom to have to take out loans not to save oneself from a catastrophe, but to secure a better future thanks to the low interest rates.

Every crisis is an opportunity and with SINGA Singapore is positioning itself to get the best out of this crisis.

Of course, it is the government's responsibility to properly manage the debt and ensure that debt is kept within acceptable limits and that this debt does not become unsustainable bad debt in the future.

Can Cardano (ADA) Be the Future of Blockchain? By DailyCoin