‘They Stand on the Shoulders of Giants’: The Subsequent Era to March on Washington

WASHINGTON – As the crowd rose against the backdrop of the Lincoln Memorial on Friday, activists spoke of a moment of the generation.

The Commitment March in Support of Racial Justice amid national protests against police brutality was itself an echo of an earlier generation's struggle for equality.

Fifty-seven years after Dr. Martin Luther King Jr. had told more than 200,000 viewers in the same room where America's promise of equality under the law was hollow for black Americans, thousands of people gathered to protest the persistent lack of justice in the United States.

"When the architects of our republic wrote the great words of the Constitution and the Declaration of Independence, they signed a promissory note to which every American should become an heir," said Dr. King 1963. "It is evident today that America has defaulted this promissory note in relation to its citizens of color."

Little had changed for many who gathered in Washington on Friday. Given the urgency of the moment, many participants, some of whom had traveled from far-flung parts of the country, said their presence was not only aimed at expressing their own support for change, but also inspiring another generation: their children.

"When I was her age, I took part in a march for fair and equal living. To see us march so many decades later, it's solemn and, to say the least, daunting."

Erica Carrington with her husband Antoine and their daughter Antoinette

"You keep telling me how sad it is that black parents & # 39; the conversation & # 39; with our children, how to explain when a cop stops you, don't reach for the glove box, don't talk back, the conversation, ”said Rev. Al Sharpton in a speech at the event on Friday. "Well, we've had that conversation for decades."

"It's time we talked to America," he said. 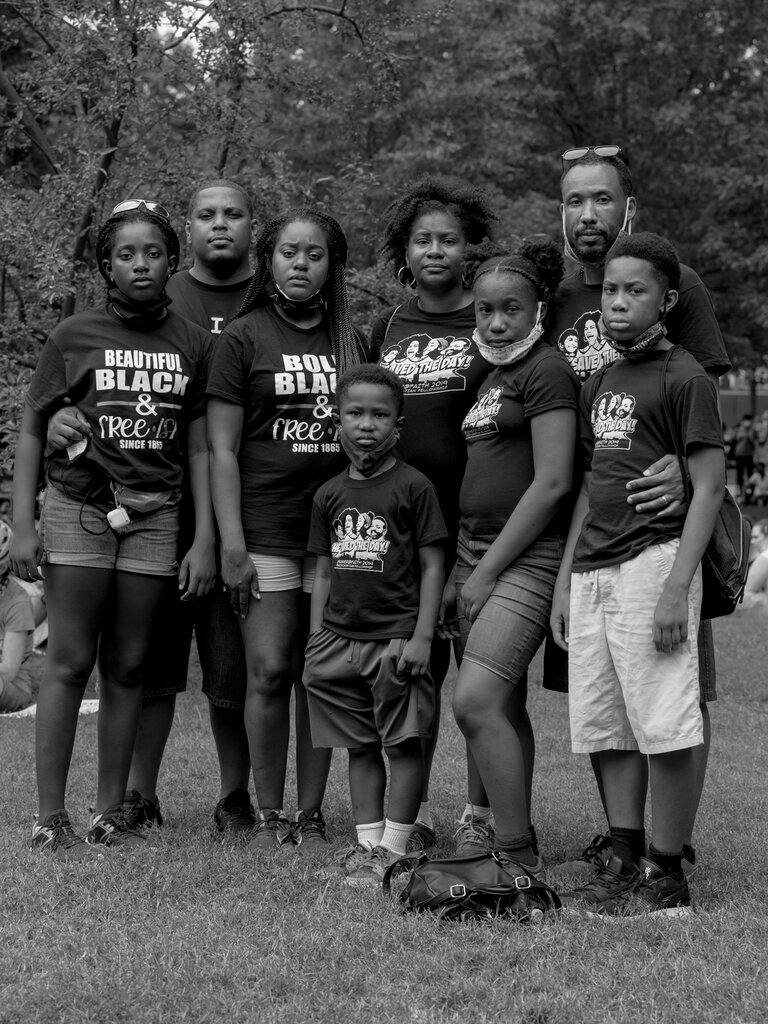 "Through this experience, I just want them to know how important it is to stand up for what's right. I want them to really know the importance of voting. I raise two black boys and I want my children live in a better America. "

Although part of the march was dedicated to George Floyd, who was 46 when he was killed by police in Minneapolis in May, many participants also spoke of younger victims of the recent violence, such as Breonna Taylor and Ahmaud Arbery, who were then in their twenties were you were killed this year.

Some said they feared for their children's future. 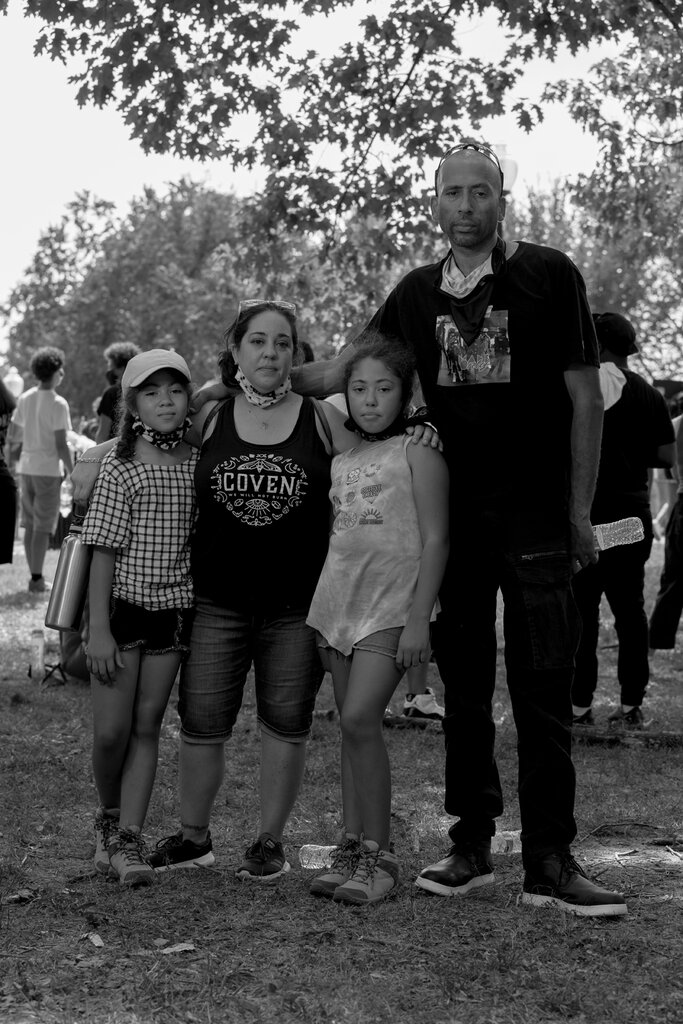 “We see a lot of violence and hatred on TV, but there are a lot of people who have love and want peace. So we're fighting for it here. "

Anna Brown with her husband Dimitrius and daughters Favianna and Aracely 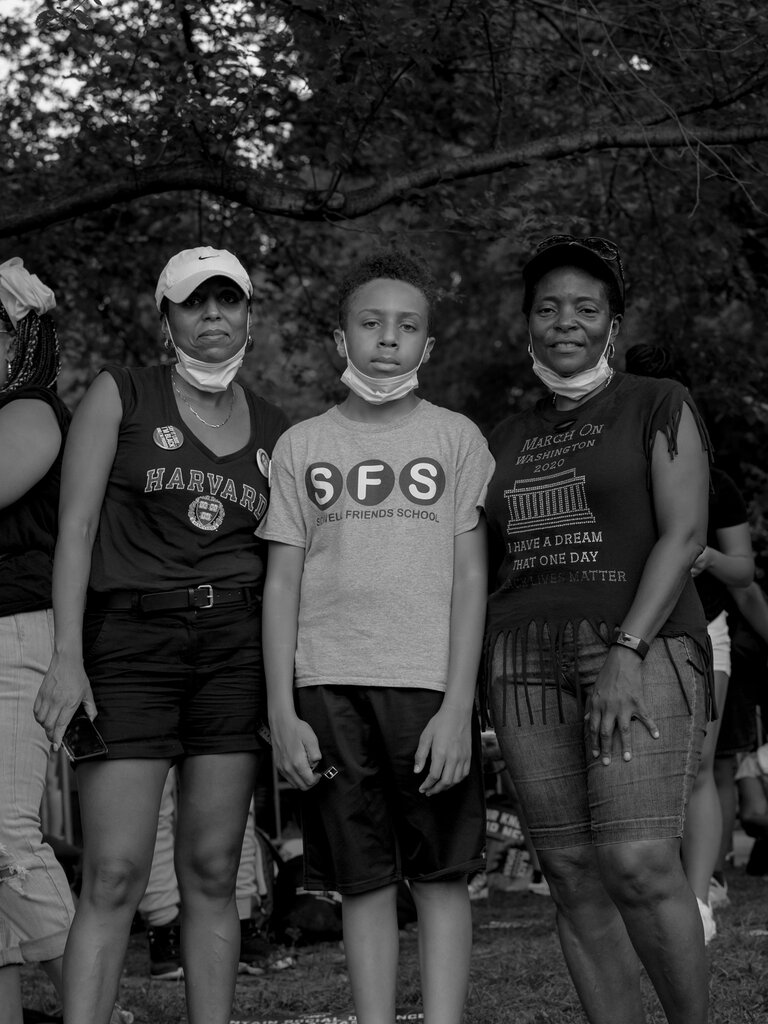 "I think it's important that young colored people know they stand on the shoulders of giants. This land was built on the blood of our ancestors. It's a constant battle, and the day you stop fighting is." the day democracy dies. "

Latasha Edwards, left, with her son Chase and mother Glenda